Menu
No products in the cart.
$0.00 Cart
Get Started 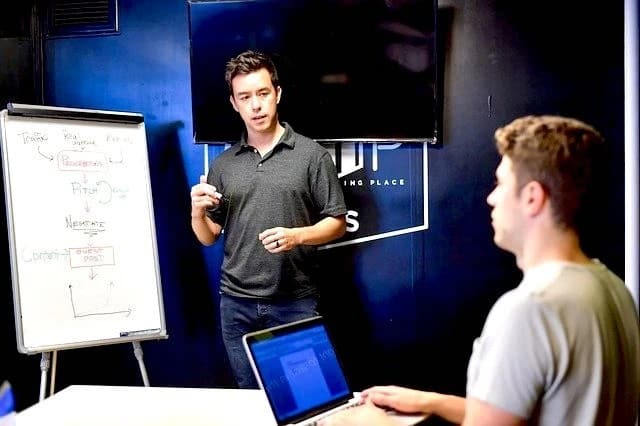 Did you learn a second language in high school? Did you grow up in a multilingual atmosphere at home?

For kids from Latin families who get schooled in English, bilingualism is a feature of the inherently multi-cultural environment they experience between the school and home.

Learning a new language has been known to improve not only our ability to focus but also adapt our brain structure to become better at these skills faster. This is because bilingual and multilingual adults have to exercise their parts of the brain associated with language more often.

Their brains have to work harder than those of monolingual people in order to stop the interference of one language function with another and to smoothly transition between multiple languages.

Being multilingual is good for the brain, but can it make you better at software development?

Turns out, juggling between multiple languages is a great mental workout. Being multilingual involves a lot of commonly used brain circuits.

You strengthen your executive functioning and your inhibitory responses when you regularly use two or more languages in your daily life. These benefits cross over and are not limited to language learning alone.

Most developers want to be more creative, be better at juggling multiple projects or tasks, and project an image of trustworthiness within their team.

These are the core skills that software developers rely on increasingly as their career takes flight. Being trusted by team members definitely makes work easier.

Learning a new language can help accelerate the pace of learning these skills.

Cognitive benefits of being multilingual for software developers

Being well versed in multiple programming languages like PHP, Ruby or Python might leave you in a fix when deciding on the tech stack to build your application, it has distinct advantages for progressing a career in coding.

The benefits of being fluent in multiple languages is not limited to programming languages only.

Here how multilingualism can benefit you in your programming career.

1. It improves your conflict management skills

A system of processes in the human brain that regulates cognitive abilities, including attention and inhibition, is materialized with executive functions.

These functions are sharpened and strengthened in a multilingual person’s brain as they are almost always active.

In a 2012 research aimed at studying the cognitive benefits of being bilingual, a group of monolingual and bilingual students participated in Stroop test where they were asked to identify the color of the words irrespective of what the text actually said.

Multilingual students were found to possess highly sharpened and mature inhibitory control processes which helped them perform much better than their monolingual counterparts on the test.

At a micro-level, programmers who can speak multiple languages, can quickly manage resources better and write highly optimized code. Long-term practice of conflict management abilities empowers them to handle conflicts at a much larger level.

2. Your episodic memory gets stronger

Final results also showed a direct correlation between episodic memory and the number of years their brain spent trying to control the interlanguage interference.

For programmers, this means speaking multiple languages can:

3. You can switch between tasks faster and focus on them for longer

Lifelong experience of switching between competing tasks may also make you fundamentally more flexible in shifting between widely variable tasks.

A software developer’s job involves coding at its core. But he/she is also expected to contribute to systems design and communication, the skill sets for which are different than pure coding.

Developers need a seamless task-switching ability to be able to excel in such multidisciplinary programming roles.

In the process of understanding and practicing multiple languages, multilingual individuals develop a much faster and efficient working memory. This part of the brain function is responsible to store and process stimulus required for the current task.

If developers practice multiple languages, they can focus on a single task for longer as their strengthened working memory allows them to discard distractions easily.

4. It increases your value in the job market and makes you more creative

Often companies put an alternate language as a mandatory skill if the role requires that. Certain roles such as web development requires a multitude of skills, including interfacing with the client or an offshore, distributed and multicultural team.

Better internal collaboration within the team as you can gain the trust of your non-English-speaking onsite team members faster by speaking in their language.

If you are comfortable in their language, hiring managers will make your resume a priority as they wouldn’t want to spend time and money training a new employee in a new language. This gives you a competitive advantage over other similarly skilled candidates.

As the level of complexity of requirements and output considerations get stricter, it requires more innovative software engineering solutions.

This makes creativity an essential ability if a programmer wants to grow quickly by working on increasingly challenging tasks.

Besides the software development job, you will also need your creative skill to answer the commonly-asked questions during the non-technical round at interviews.

There have been plenty of studies that prove the numerous benefits of learning multiple languages. While these studies are not targeted at programmers, we have seen how the transference of these skills helps programmers be better at their job.

Besides, there are clear advantages for multilingual software developers in the job hunt market. It facilitates their integration into a multi-cultural, globally distributed team and therefore makes them better quality candidates for multinational companies.

Marissa Letendre is a senior HR leader and resume expert with over 12 years of experience. She has worked for both startups and Fortune 50 corporations and has helped thousands land jobs at top companies. Marissa has written on a wide range of topics, including employee engagement, career development, resumes, job searching, recruiting, and organizational effectiveness and has been featured on sites such as Slack and The Undercover Recruiter.

Are you interested in a career in security? Check out our resume tips and templates below! We’ll help

Executives in the administrative area rely on personal assistants to assist them with various personal and professional chores.

ResumeSeed is a highly customized resource of resume templates for specific job roles and industries that make the most impact on employers.